This site was designed with the
.com
website builder. Create your website today.Start Now
AKTUALNOŚCI z kraju i ze świata 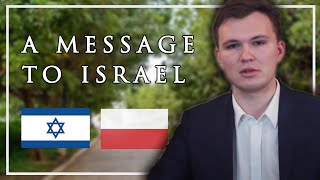 Ruins of Polish capital - Warsaw after its planned destruction by Nazi Germany, 1945. The secret Ribbentrop-Molotov pact between Nazi Germany and the Soviet Union led to the joint invasion of Poland in 1939. This occupation resulted in countless crimes, including genocide, the elimination of Polish societal elites, religious persecution, coerced labor, the mass displacement of people, the theft of national cultural treasures, and numerous other atrocities. Overall, about 6 mi

The Statement by the Prime Minister of Poland Mateusz Morawiecki (VIDEO) : https://www.facebook.com/kancelaria.premiera/videos/10156308388499653/ [if !supportLineBreakNewLine] [endif]

Anyone who supports the criminalization of Holocaust denial, which is common across Europe, should support Poland’s new law. With this law, Poland is fighting a revisionist history that blames Poland for Germany’s war crimes, crimes Poland did not commit. And while I’m personally against imprisoning people — I think a fine would be more appropriate — I support Poland’s right to fight for its history. Read more: https://forward.com/opinion/393425/im-polish-my-government-has-ev